A health body is the guarantee of good job, and life lies in movement. In order to improve the physical quality of employees and strengthen the internal unity and cooperation among various departments, Henvcon held the second basketball friendship match of this year 2022 in the company’s basketball court at 6 p.m. on April 15. Representatives of each working sector watched the game and cheering for the players on the court.

The two parties of the game were the red team (Engineering department) led by Liu Yong and the blue team (members of other departments of the company) with the captain Li Yu. Chief engineer Li wi continued to be responsible for the on-site supervision, while Qin Mangai act as the referee. In particular, the administration department was highly appreciated for its competition organization and strong support.

The game was divided into four sections, each of which lasted for 10 minutes. With a whistle, the competition officially started. Different from the last one, the first ball of this game was won by the red team. A precise make-up shot hit the basket and won 2 points, which made the audience applauded one after another. A new player joined the blue team today, so the cooperation was not very skilled and they didn’t find the shot feeling for a long time, missing many points. At the beginning, their score fell behind, they were also in a passive state. Fortunately, Liu Meng found the feeling later. He made several beautiful long-range shots with 3 points in succession, which helped the blue team catch up with the score and won audience’s unanimous cheers for “well done”. The red team was playing with good rhythm, but situation changed, they was gradually overtaken. The score in the first quarter was 18:20 (Red VS Blue).

In the second and third quarter, the competition circumstances were wonderful. The youth storm and cool skills of the red team were a bright presence on the field. With precise and ingenious cooperation, they hit a small climax of 16:8 and took the lead again; while the blue was disrupted again. Their pass was either robbed or forced too hard to get out of bounds. In addition, their rebounds were also less than those of the red team, and their shooting winning percentage was low, so the score was behind. But since then, both of the two sides fluctuated, chasing each other, rising alternately, and the score difference was very tight. 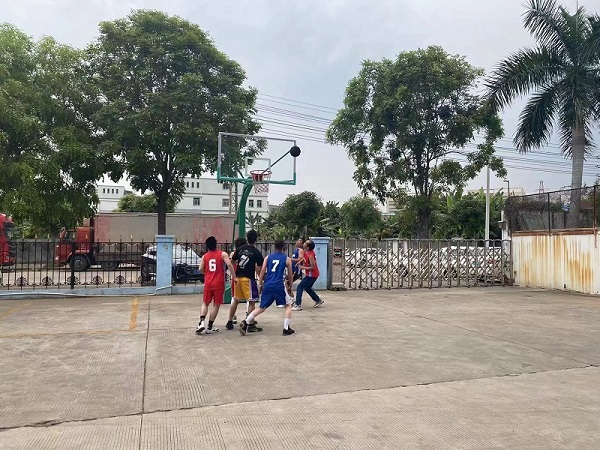 Players were striving for the rebound 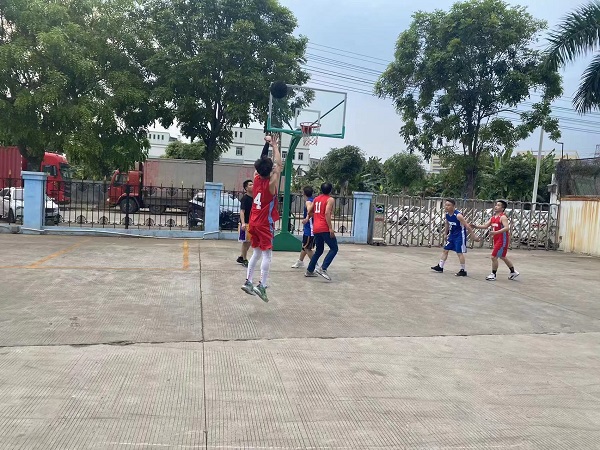 In the last quarter, the fourth one, in order to win, the players of both sides still maintained full fighting spirit, and their leaping figure was particularly vigorous in the night. The new players of the blue team stood up and did a good job in rebounding, defending and protecting the ball, which also contributed to shooting. Close shots and long shots were successful frequently. The score in the middle reached 64-60, and the blue team was two goals ahead. The red didn’t want to be outdone. Then they really hit two goals and equaled the score. The audience also enjoyed watching the nervous and wonderful scene. The little fans shouted loudly to cheer for their favorite team. The time came to the last 20 seconds. At this time, the red team was still two points ahead. At 76:74, the blue team called a pause and arranged tactics. The red team was determined to defend the last ball, the blue team’s three-point ball. Bluer paid all attention the last shot. As a result, the basketball missed the net and the red team won.

The game has winners and losers, but no matter who loses or wins, the final winner is the audience. We hope that through the unity and cooperation shown in the game, the players will learn to understand the strength of the team, respect their opponents and win friendship Let’s look forward to the coming of the next friendship match! 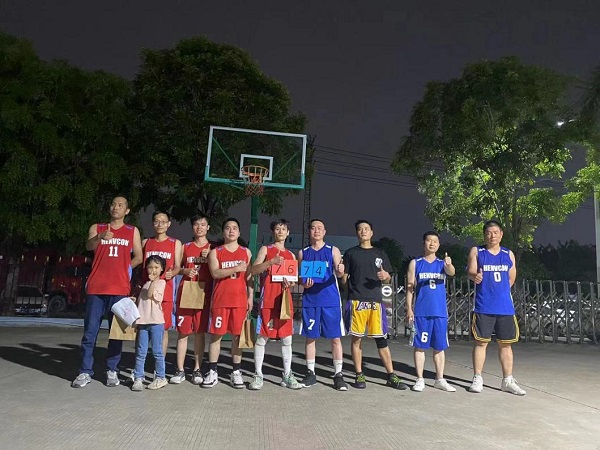 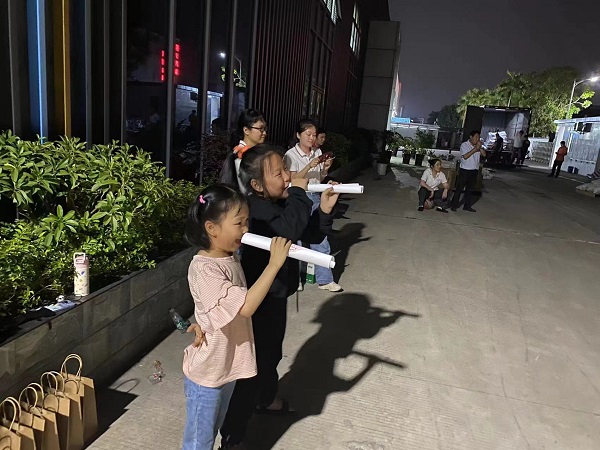 Little fans shout with passion to cheer for their favorite team 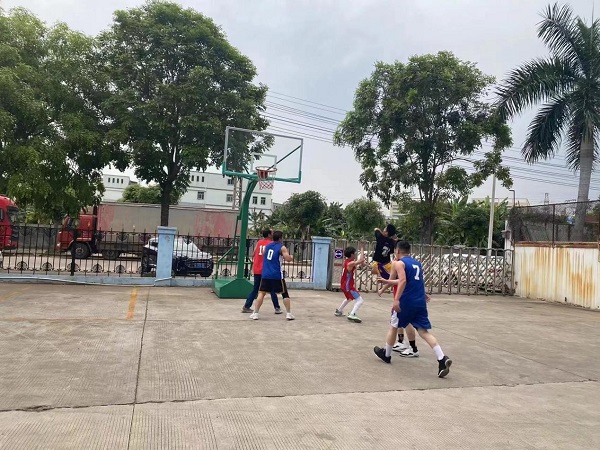